PIRELLI AND MASERATI: A CENTURY-LONG PARTNERSHIP, FROM THE TRACK TO THE ROAD

Početna Blog PIRELLI AND MASERATI: A CENTURY-LONG PARTNERSHIP, FROM THE TRACK TO THE ROAD 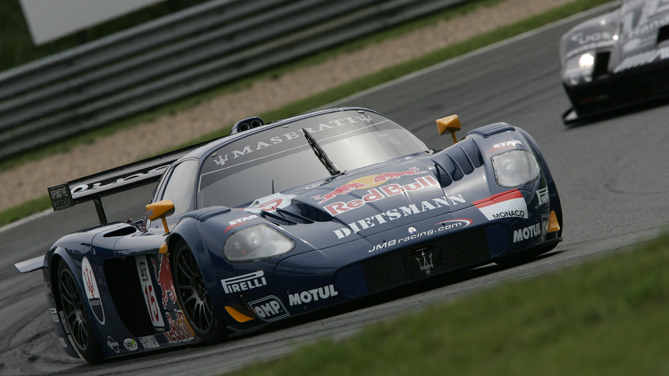 PIRELLI AND MASERATI: A CENTURY-LONG PARTNERSHIP, FROM THE TRACK TO THE ROAD 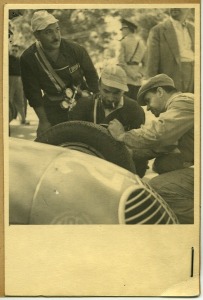 “The car is not just a piece of metal but a living creature with a beating heart, which is happy or sad depending on how you treat it. If you want it to give you everything you ask of it, you need to know it well and know how to help free its personality.” These words, from none other than the great Juan Manuel Fangio, represent perfectly the spirit of close collaboration that has united Pirelli and Maserati for a century, both in competition and on the road. Fangio was probably the greatest exponent of the partnership between the two companies, his 250F clocking up grand prix wins with breath-taking consistency, right up to his final world championship in 1957 that matched the title he first claimed with Maserati in 1954.

But the roots of the technical partnership between two companies that have become icons of the Italian automotive industry go back much further, to the era when Pirelli’s tyres were called ‘Stella Bianca’. In fact, Pirelli and Maserati were already associated by the first decades of the last century, when Giuseppe Campari’s eight-cylinder Maserati swept to victory in the 1933 French Grand Prix. This triumphant era went on to last for more than 30 years, just when the radial tyre was starting to evolve. Then came the golden age of Gigi Villoresi and Giuseppe Farina, with the Pirelli Stelvio taking over the ‘tyre of victories’ mantle from the venerable Stella Bianca. From the 1953 Italian Grand Prix onwards – his first victory with Maserati – Fangio’s star really started to shine.

The partnership that united Maserati and Pirelli on the track also had a profound impact on products for the road, with Pirelli’s world transformed from the 1960s onwards by the introduction of the new Cinturato tyre: a name that still lives on today. By 1961 the Maserati 3500 GT Spyder and Coupé were both equipped with the Cinturato S. This landmark tyre would go on to become the HS (high speed) version in 1963, appearing on the Maserati 5000. The 205 VR 15 size that made its debut on the Maserati 5000 would go on to equip the manufacturer’s entire range throughout the 1960s: from the 4000 Coupé and Spyder all the way to the Sebring, Quattroporte, and 4700 Mexico. As the 1970s approached the magnificent Ghibli burst onto the scene, with the first Pirelli ‘Series 70’ low-profile tyres. These benchmark Cinturato tyres carried the CN72 marking, also known as ‘the American’.

Pirelli and Maserati were reunited many years later, following a lengthy period of change. At the beginning of the 2000s, Pirelli’s flagship tyre was called the P Zero: becoming the ‘tyre of victories’ just like its illustrious predecessors, both on the road and the track. In 2002 the P Zero tyre was entrusted to support Maserati’s return to competition with the Trofeo Maserati; a championship for the powerful new Coupé and Spyder models, which reignited the sporting passion hard-wired into Maserati’s DNA all over the world. In 2003, the MC12 project was born. This was a 12-cylinder supercar that went on to claim the renowned FIA GT championship by 2005. The tyres on the car were naturally Pirelli P Zero.

Now, the latest chapter of this century-long collaboration has been written by the current Quattroporte and Ghibli models. These most recent Maseratis are once more equipped with Pirelli rubber, but unlike their forebears, the tyres are now 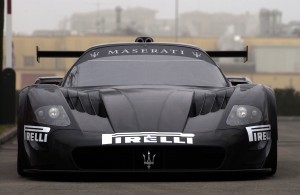 made to measure. These bespoke Maserati tyres can be identified by distinctive ‘MGT’ markings on the sidewalls, a hallmark of their perfect match with the needs and characteristics of the prestigious Italian car manufacturer.

The unique Pirelli tyres on every Maserati contribute to the individual and unmistakable personality of a car that, as Fangiosaid,“is not just a piece of metal, but a living creature with a beating heart.” And that has been the case now for a full century of passion combined with state-of-the-art technology.